I wound the chenille on the warping board all wrong, so I think I'm going to have to unwind it and do it over. Which thought makes me tired.

In the absence of anything new, and because it's Halloween, here's an awesome humongous eyeball I crocheted back in 2005. 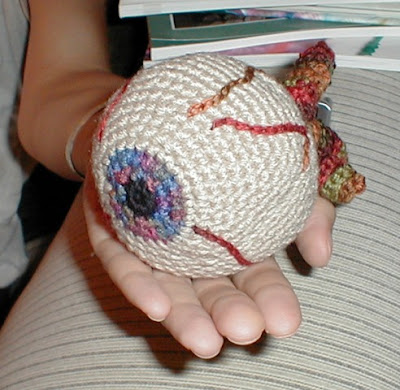 Still love the eyeball! I made one too this year - finally posted on my blog - check it out!