This weekend we took a brief respite from the insane crowds and the Rally to Restore Sanity and headed to the National Museum of Natural History to check out the Hyperbolic Crochet Coral Reef exhibit. It was pretty spectacular. I had meant to participate and send in a piece of reef of my own, but apparently something shiny distracted me from that mission and I forgot all about it. I was so impressed by this exhibit! It was about six times bigger than I was expecting. And I was also heartened by the number of people there who were either crocheters or impressed by the talent of the people who made this thing.  It's in DC through April and then moves to NYC. Check it out!! 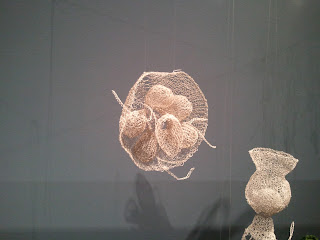 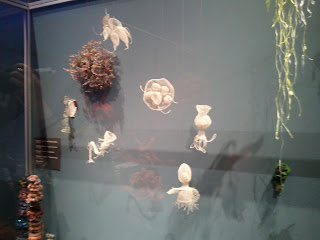 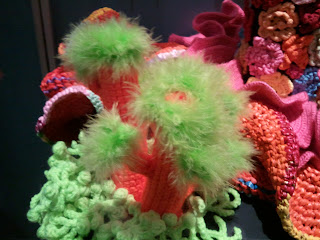 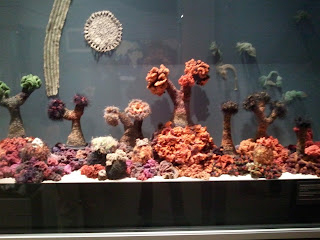 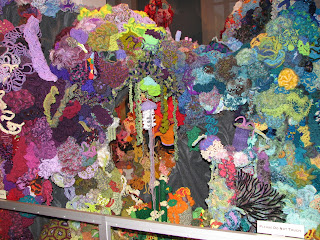 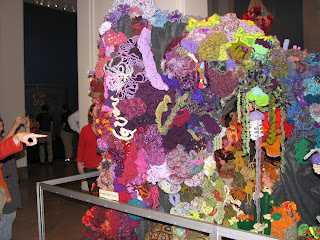 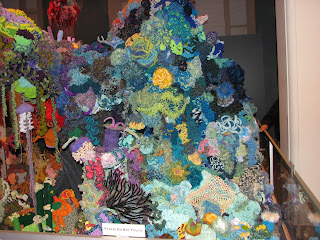 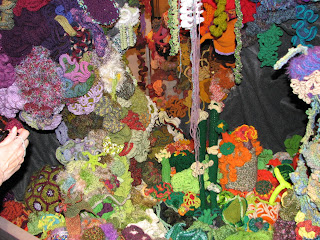 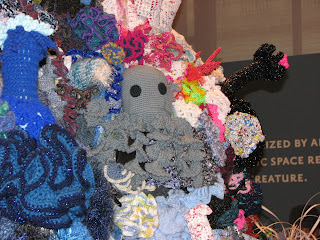 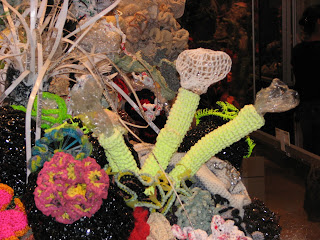 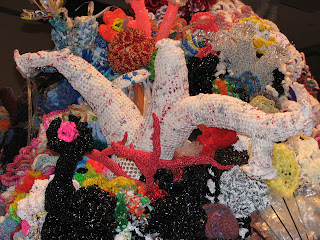 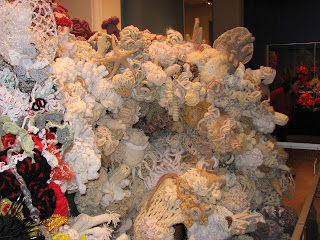 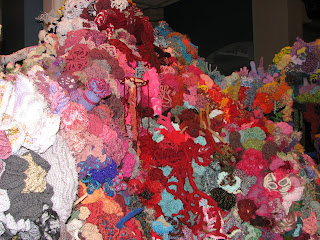 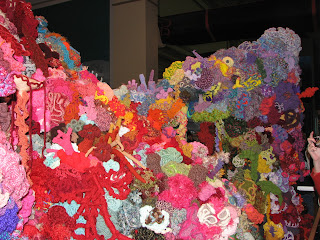 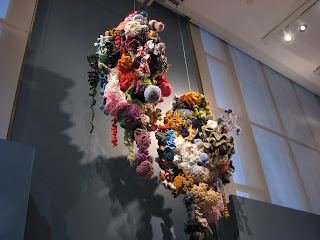 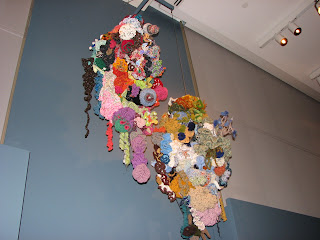 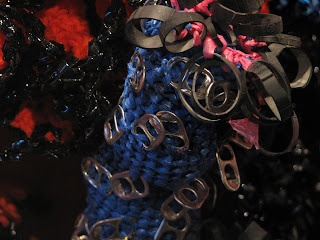 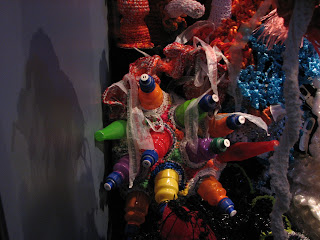 M - Love this! Wish I could have been there to go see it with you! I see they had an octopus too, but "Omar" the octopus is better - and safe home in my cube while I'm in Lower Yukon!

I saw something very much like this in NYC a couple of years back. It looks as if it's the same show. It was amazing.